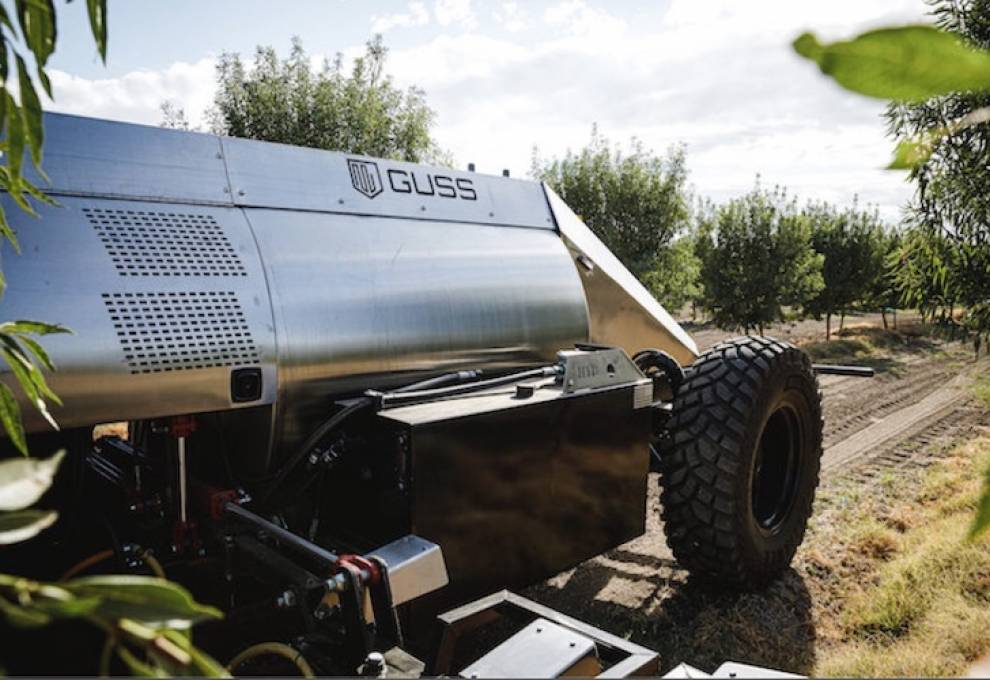 GUSS Automation’s Herbicide GUSS is the recipient of the CES Innovation Award presented by Consumer Technology Association and will be recognized at CES 2023, the most influential tech event in the world for breakthrough technologies and global innovators. The CES Innovation Awards program in Las Vegas, Nevada recognizes honourees in a multitude of consumer technology product categories and GUSS Automation will be recognized in the category of Food/AgTech.

Herbicide GUSS (Global Unmanned Spray System) is the first and only autonomous herbicide orchard sprayer on the market. This high-tech herbicide sprayer removes the driver from the tractor to save labour and eliminate exposure to the crop protection products being sprayed. A single operator can monitor any combination of up to eight GUSS, mini GUSS and Herbicide GUSS sprayers from the safety of their vehicle to improve productivity, increase precision and efficiency, reduce operational and overhead costs, and enhance worker safety.

Submitted by Karen Davidson on 10 January 2023