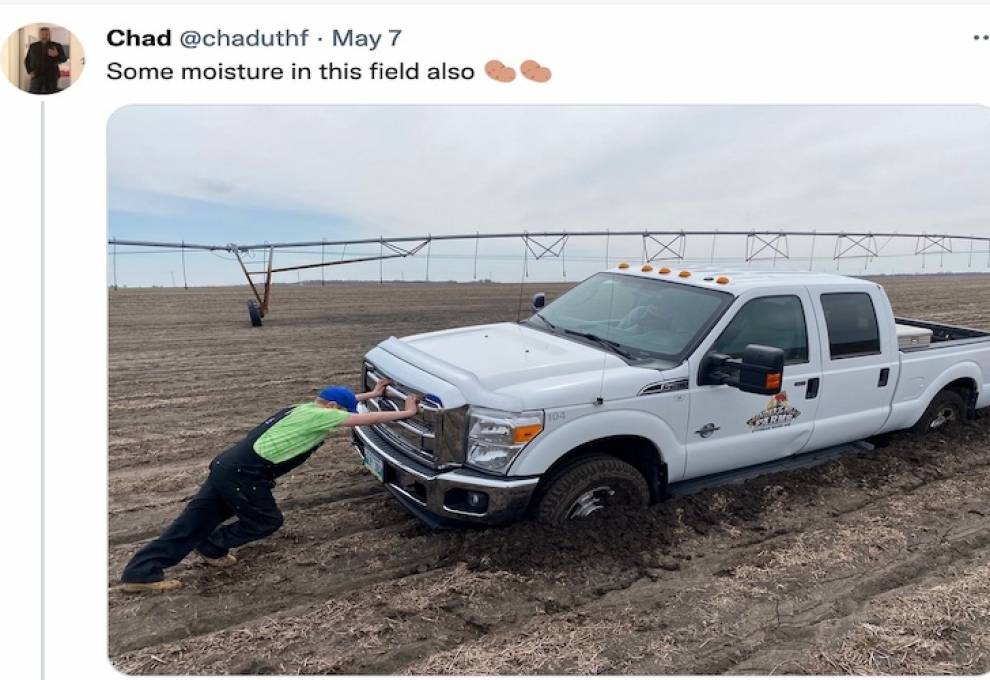 As of the Victoria Day weekend, the Keystone Potato Producers’ Association estimated approximately seven per cent of the processing potato crop was planted. This acreage is mainly in the Shilo/Douglas region with a few additional acres around Carberry.

Near-term planting prospects were not promising with the Weather Network forecasting Carberry temperatures of 6°C and mixed precipitation of snow and rain for May 19.

If potato processing growers can get on the land, acreage is expected to remain similar to last year, perhaps up slightly.

Fresh potato growers estimate that approximately 15 per cent of their acres were completed. Planting intentions are expected to be similar to last year or up slightly on yellows.

Although the national news has reported extensively on the flooding in Manitoba, the flooding has not impacted the sectors for potato planting as much as other areas.  However, the overall increased rainfall and colder temperatures have certainly delayed the planting schedule compared to other years.

“It’s amazing how weather can change quickly and dramatically from season to season, week to week,” says Tracy Shinners-Carnelley, vice president, research, quality and sustainability for Peak of the Market Ltd. “The moisture is a refresher for Manitoba which has been dry the last two years. But patience is waning for planting this spring.”

On the vegetable side, some transplanting of Brassica vegetables was accomplished before the Victoria Day weekend. Shinners-Carnelley explains that it’s not helpful to compare this year’s weather with the previous year. The norms aren’t there anymore.