Tomato harvesting robot to be introduced at GreenTech 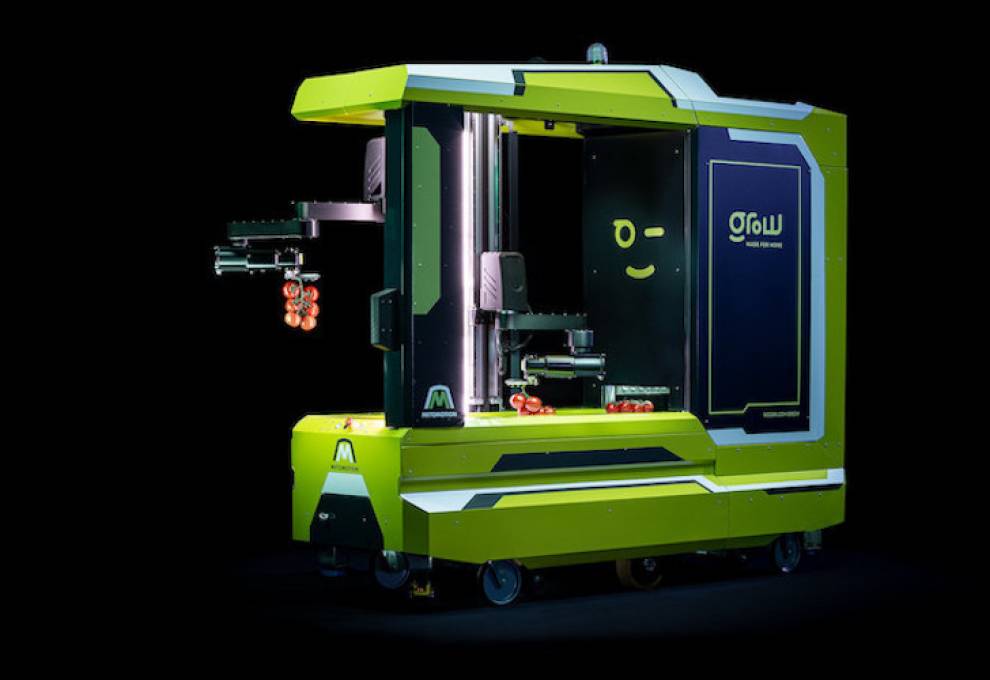 In an aging world where the labour shortage is becoming more acute, it is essential to keep up with technology, such as vision technology, artificial intelligence, and machine learning says MetoMotion founder and CEO Adi Nir.

"The speed of these developments make it possible to make a significant contribution to horticulture in the short term with robotics,” says Nir. “This is how the idea was born of a tomato harvesting robot that automates the handling of vine tomatoes in addition to harvesting. Gradually, we concluded that GRoW should be equipped with two arms, so that it can pick and collect even faster. By doing so, a grower can save minimal 80 per cent on harvesting labour hours, while ensuring the continuity of the harvest. In addition to picking tomatoes, GRoW’s onboard boxing system puts the tomatoes in crates and places them on the corresponding harvesting carts.

"It is a unique collaboration where the technological knowledge of robotics start-up MetoMotion and the experience and service network of Ridder, as a global leader in horticultural technology, reinforce each other," says Joep van den Bosch, CIO at Ridder. "MetoMotion will focus on the development and production and Ridder will take care of the marketing, sales and service of the GRoW. Two years after our first investments, we are proud to be able to present the GRoW tomato harvesting robot at GreenTech, an important moment for the horticultural sector.”

Submitted by Karen Davidson on 9 June 2022