PEI Potato Board honours its leaders 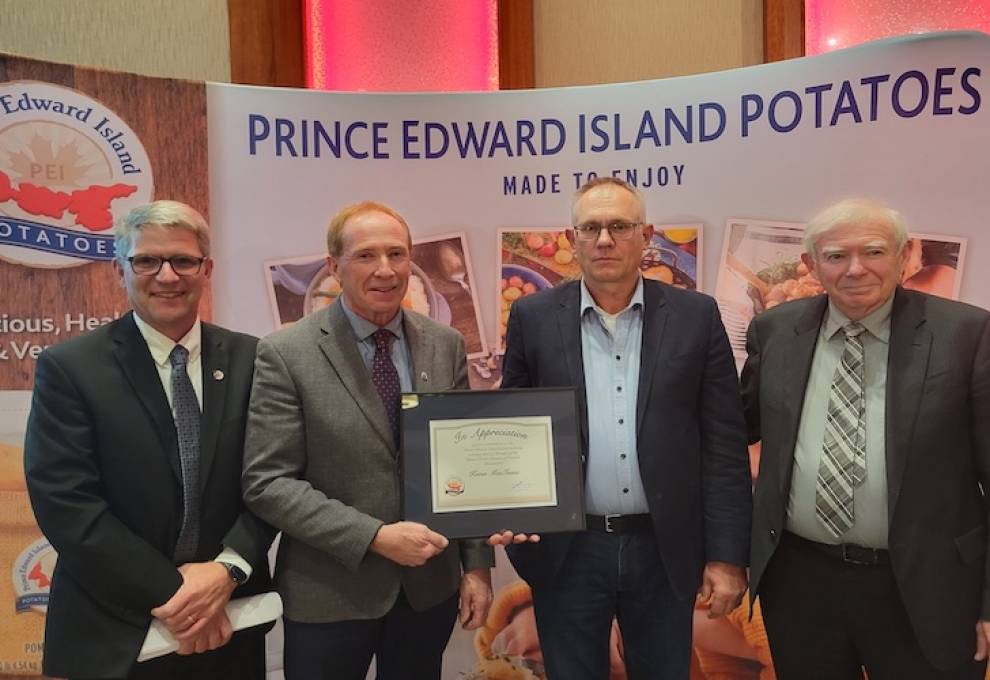 The Prince Edward Island potato industry gathered for its annual awards dinner on November 24, 2022 for the first time since 2020.

Gerald “Jeddy” MacFadyen was only 16 when his father passed away, and he and his brother were tasked with taking over the family farm, known for its seed potatoes. Jeddy has participated in the growing of more than 80 potato crops, leaving an incredible legacy for his sons and now grandson. Ninety-six-year-old Jeddy attended in person to receive the award with his wife and family.

They were the first in their communities to employ soil conservation techniques, strip cropping, terraces, berms, hedgerows, and more, practising sustainable agriculture before it was a buzzword. In 1988 John and Allan banded with six other family farms to construct and operate Mid-Isle Farms Inc., a state-of-the-art packing and washing dealership.

Kevin MacIsaac brought industry insight from many different angles. He grew up on his family’s farm in Bear River, PEI, was a crop specialist in New Brunswick and returned to the family farm where he was involved with dairy, potato, grain, and forage production. In later years, he took the role of general manager of the United Potato Growers of Canada (UPGC), and for a decade, promoted information-sharing between Canadian provinces and  United States counterparts.

The industry acknowledged outgoing board representatives Mark MacMillan, Mary Gillis and Young Farmer Michael Ramsay for their time on the board. New Board members Ian Shaw and Katie MacLennan were welcomed. Current Potato Board chair John Visser received recognition for completing his first year as chairperson and for rising to the significant challenges as the Board’s leader during a difficult year.

Submitted by Karen Davidson on 27 November 2022