Farm transfers are about more than land and legacy 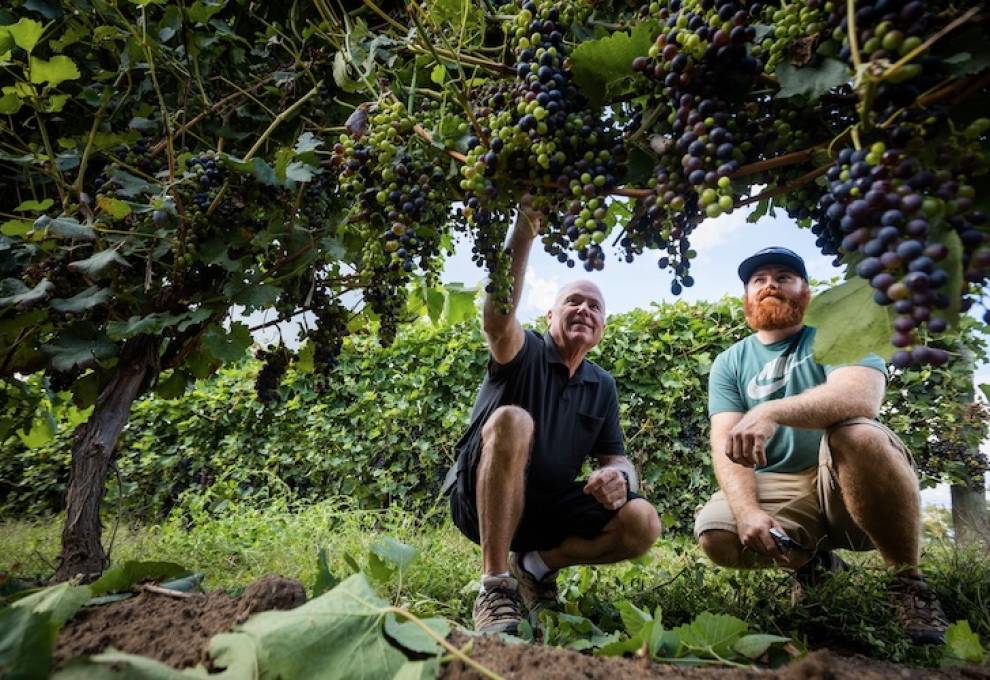 There is no season as hard as succession. More than 75 per cent of Canadian farms will change hands over the next decade, according to Farm Management Canada. But for those aged 60-plus, they would rather face machinery breakdowns and mud than a mug of coffee to talk about farm transition.

“We’re not a very good success story on that front,” says Boyd Rose, president of East Point Potatoes, and one of the owners of R.A. Rose & Sons, Souris, Prince Edward Island. The 62-year-old does not have retirement in his vocabulary: “I’ll likely work until I die.”

The family operations, involving a brother, nephews and daughters, are highly respected in the agricultural industry. They started talking about a succession plan about five years ago, but life events such as physical injury and off-farm opportunities keep turning the plans upside down. Perhaps the biggest challenge is how to integrate daughters into the plan when they are mothers with toddlers. These well-educated women have capability and what’s more, desire, to be business managers.

The complexity of family farm businesses is also played out in Ontario for Schenck Farms and Greenhouse Co Ltd., known for grape growing and floral greenhouse operations in St. Catharines. Bill Schenck works with his brother and other family members at this business. He’s counted 43 harvests, some bountiful, some not.

“As I get older, I like to observe and mentor the next generation,” he says. “Every year is different and the 2022 season with its winterkill of a large percentage of the vineyard meant that my experience was useful in transferring knowledge.”

His son Brian has benefitted from that guidance, working full-time in the vineyard since 2015 and building on his summer experiences as far back as 2008. The farm has grown less tree fruit during those years and is now focussed on 100 acres of grapes.

“Every day, I’ve been taking on the farm manager role, spraying, managing farm equipment and employees,” says Brian Schenck, adding that he relishes the outdoor work.

Transitional planning is ongoing in the Schenck family. One of the tough issues is how to find fairness in land evaluations. As Bill Schenck explains, a lot of investment money has flowed into the Niagara peninsula bidding up the prices of vineyards. On the downside, that money does not bring grape-growing expertise or specialized equipment.

“I think there’s a huge opportunity for the next generation to take on that management role,” says Schenck. “Grape growing in the future may not be on our own property.”

While every farm family has its own unique story, there are common threads of angst throughout this process of transitioning land and leaving legacy. Elaine Froese, Boissevain, Manitoba, is an expert for farm families who want better communication and conflict resolution to secure a successful farm transition. She recently spoke at the annual general meeting of Potato Growers of Alberta.

“Farm succession or transition planning is a journey of understanding,” says Froese, (pronounced PHRASE). “Courageous and clear communication involves seeing things from another person’s perspective, uncovering their intentions, fears, hopes, and dreams for their future. It’s about embracing conflict resolution as a business risk management strategy and not being afraid of talking respectfully about tough issues. Attacking the issues, not the person.”

“This is a gateway to better business practices,” says Watson. “Are we profitable? What additional skills does the farm need?”

To help farmers answer these questions, the association is sponsoring a Farm Transition Appreciation Day on January 10, 2023 to celebrate hard-working farm families and to kickstart those tough emotional conversations. Elaine Froese will be one of those speakers.

“A succession plan is about the transfer of labour, management and ownership which is best done when the founder is alive,” says Froese. “An estate plan is about what happens upon the founder’s death. The gap is the 20 years after the founder lets go of the business at 62 or 72 and lives longer than expected to 82 or 92. This is the lifestyle plan that many folks don’t even think of.”

Bill Schenck, for one, is on a healthy lifestyle track. After a decade, he’s resigned as vice-chair of the Grape Growers of Ontario and he spends free time cycling. Now in his early sixties, Schenck is co-chair of the World Rowing Championships which is coming to St. Catharines in 2024. He’s a wise man for cultivating interests outside of agriculture, while transitioning from a lifelong passion.

Schenck’s vision of happiness?  “There’s nothing better than doing a stint on the tractor in the vineyard, cranking up the tunes and listening to Old Rock.”

The Grower is Digging Deeper behind this story and speaking with Elaine Froese, Canada’s farm whisperer. Elaine offers some sage advice on maintaining harmony during farm transition planning. Sponsored by Cohort Wholesale.

Submitted by Karen Davidson on 9 January 2023