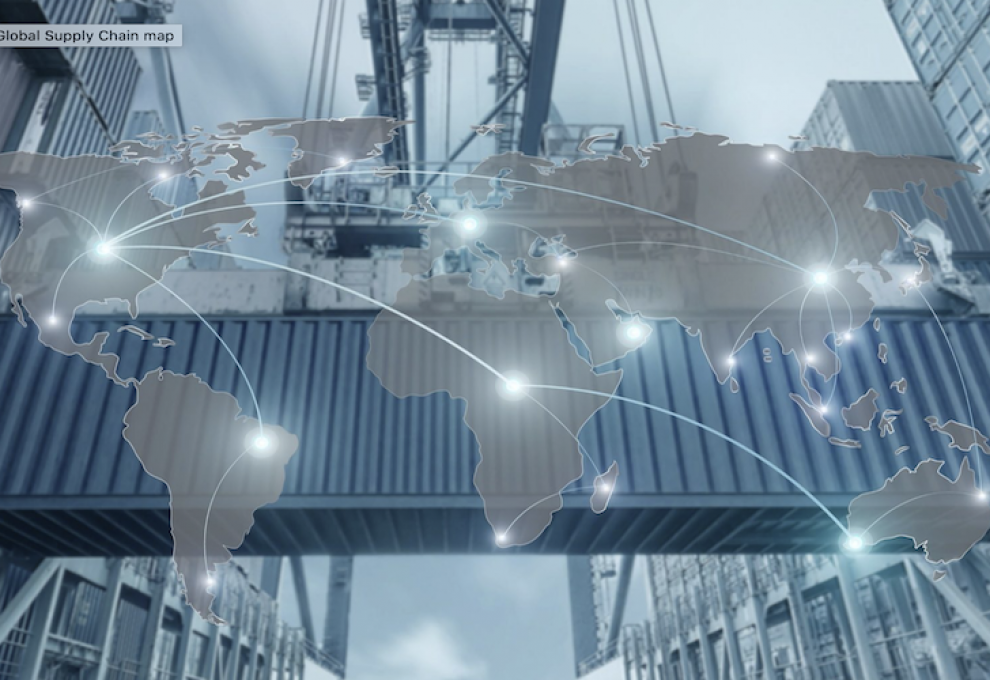 Now temporarily closed, the port of Odessa on the Black Sea handles 75% of Ukraine’s sea trade.

The Russian invasion of Ukraine on February 24 may seem far away, but like the COVID-19 pandemic which started out as “over there,” this historic event will have far-reaching geopolitical consequences.

“We do have sophisticated supply chains for food, that have been tested in the last two years with the pandemic,” says Peter Chapman, principal of SKUFood and Retail Navigator columnist for The Grower.  “Now it will be tested again as many countries of the world unite in their opposition to Russia. When you think about food, the truth is Russia and China produce vast amounts of food, much more than many of the western allies.”

Chapman points out that major food-producing countries such as India and Brazil have not aligned themselves with the West on the Ukrainian conflict. Even if food processing is done in North America, many of the raw materials are currently produced elsewhere.

“If the invasion of Ukraine does continue and we see the world separate into two sides, it will have significant impacts on our global supply chain. One of the tactics employed by the west is to impose economic sanctions. In many cases this means we do not purchase products from Russia and their allies. Given the source of food in the world we will have to make some changes to what we eat and how we process food. It is true our global supply chain is already somewhat aligned with our allies, but some items will not be available and costs will increase on others.”

“Food security will be in the news and remember to tell your own story,” Chapman concludes. “If your products are produced in Canada consumers want to know about it more than ever.”

-  Bonduelle, a global player in processing vegetables, has ceased operations at a Russian factory in Belgorod, 25 miles from the Ukrainian border.

-  Many international container companies – Mediterraneous Shipping Company (MSC) and Maersk for example – have suspended vessel calls to Ukraine until further notice. The port of Odessa on the Black Sea handles 75% of Ukraine’s sea trade. As much as 70% of Ukraine’s exports and imports go by sea, whether from Asia, the Middle East, Africa and the Americas It is one of the most important ports on the Black Sea. (Source: www.maersk.com)

-  Russia accounts for 21% of the global potash market, according to Jason Troendle, director of market intelligence and research at The Fertilizer Institute. While the U.S. imports most of its potash from Canada, a country which produces 39% of potash globally, we also get 7.8% from Russia. Because it is such a major player in the global market, sanctions on Russia have a ripple effect on markets, says Troendle. (Source:  Successful Farming, U.S.)

Submitted by Karen Davidson on 7 March 2022