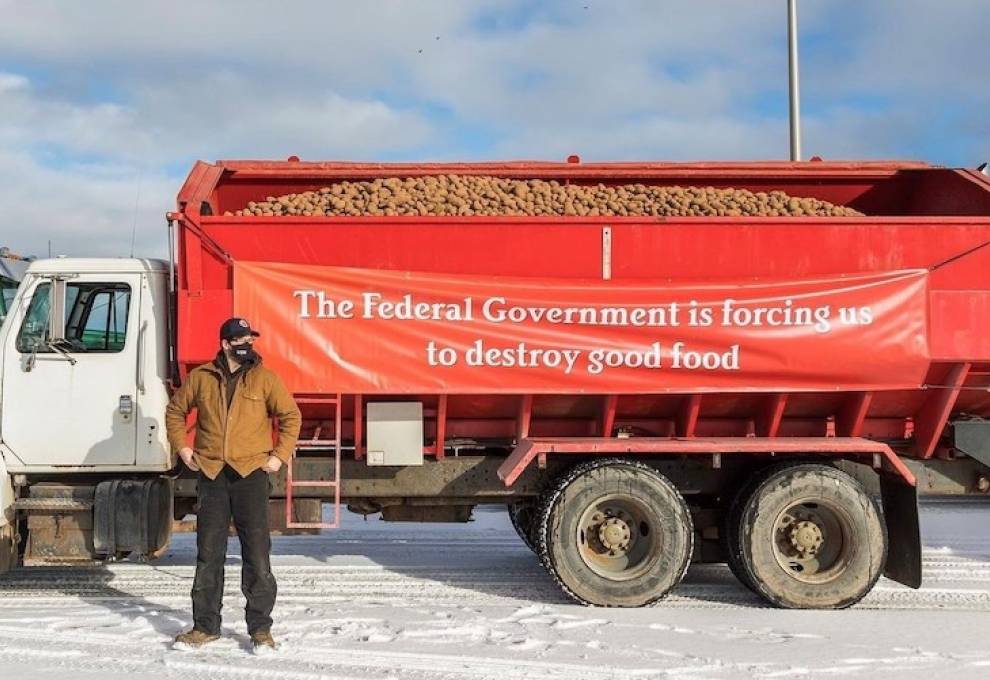 The Prince Edward Island (PEI) potato industry welcomed the final report of International Advisory Panel (IAP) on Potato Wart that was presented to industry and government on January 16, 2023. The panel was convened by the Canadian Food Inspection Agency in 2022, as follow-up to potato wart detections in PEI in October 2021.

The panel was comprised of world-renowned experts in potato wart from Germany, the Netherlands, Northern Ireland and New Zealand. The Panel’s main purpose was to obtain the advice of leading experts on testing diagnostics, surveillance and management of potato wart. The experts also examined whether existing wart management activities meet International Standards to certify potatoes for international export.

The PEI potato industry is pleased with the thoroughness of the panel report and the Panel’s key findings that “Given the limited presence of the pathogen, the IAP considers most parts of PEI outside the Regulated Fields as a PFA (pest free area) for S. Endobioticum.”

This conclusion is important because the Ministerial Order established by the federal government in November 2021 said that the entire province of PEI was “infested” with potato wart, which this report now demonstrates was an over-reaching, misleading label that offended PEI farmers and was accompanied by severe restrictions.

The IAP report also confirmed that the general and specific surveillance activities on PEI since 2000, meet international standards to support this pest-free recognition. Washing of potatoes and application of a sprout inhibition product were also recognized as appropriate risk mitigation measures for the movement of fresh potatoes from an area where a soil-borne pest, such as potato wart or PCN, has been found.

“The PEI Potato Industry believes that Ottawa must accept the findings of the expert report it commissioned and start work immediately, in collaboration with the province and industry, to lift unnecessary restrictions on farms with no connection to potato wart and implement science-based recommendations to contain and eventually eradicate the pest. PEI potato growers should not have to spend another season dealing with unnecessary restrictions due to government over-reach,” says John Visser, chair of the PEI Potato Board.

The International Panel spent a week on PEI in August 2022 attending in-person information sessions, making site visits to seed, table and processing potato farms, and visiting the Canadian Food Inspection Agency (CFIA) testing lab and local processing facilities. Panelists observed first-hand the CFIA soil sampling operations and cleaning and disinfection practices when equipment moves from regulated fields. The meeting provided the experts with a thorough look at the management of PEI fields under the Potato Wart Long Term Management Plan as well as tuber surveillance programs. After the visit, numerous follow-up virtual calls were held in the fall of 2022 for clarification of Island practices and policies. The final report provides recommendations on the use of international standards to maintain the pest-free status, and recommendations to improve the management of regulated fields and outlined areas for future research.

The Panel’s report concluded that although there is a low level of potato wart infested fields on PEI (less than 0.6% of the potato land over the 22 years since the first detection), PEI may continue to be described as a location where the pest, Synchitrium endobiotiucm, is “Present, not widely distributed, and under official control” as per International Standards for Phytosanitary Measures 8 (Determination of Pest Status in an area).

The PEI provincial government has also already taken an important step in adopting one of the Panel’s recommendations to ensure that the limited number of infected acres be removed from potato production.

The industry is eager to get to work with federal officials to develop the plan forward for PEI farmers. The industry calls on the Canadian government to act in an efficient, timely and transparent manner for the good of Prince Edward Island and the good of the Canadian agricultural sector.