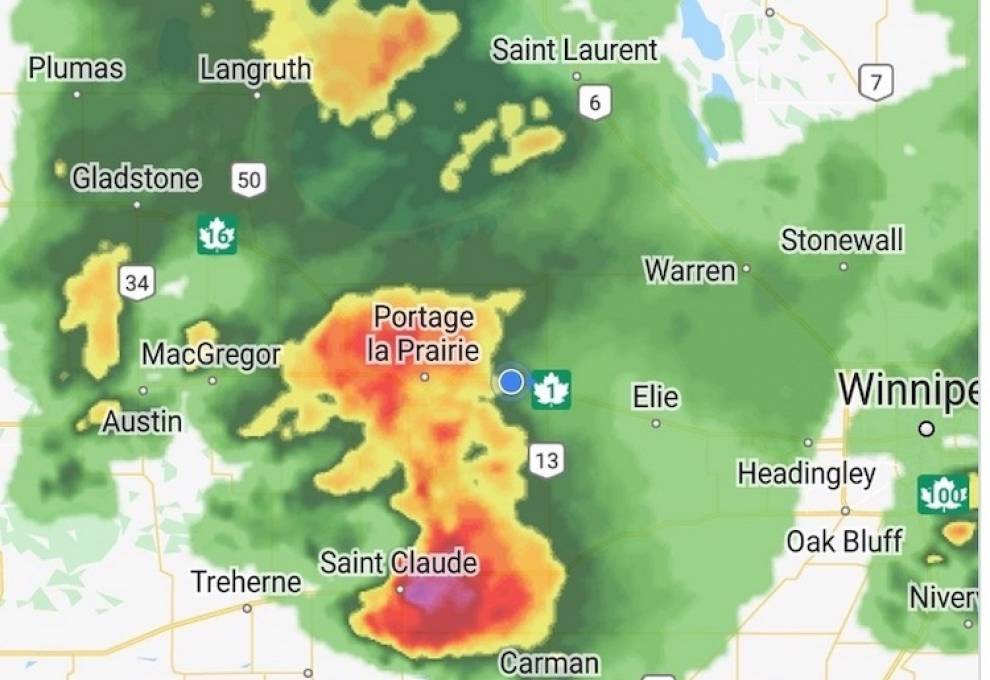 The Twitter accounts of Manitoba potato growers reported the graphic evidence of rain-soaked fields and specifically, hail in Glenboro, over the weekend of June 11 and 12. While 99 per cent of potato fields are now planted, emergence is delayed says Vikram Bisht, Manitoba Agriculture.

“Normally, 50 per cent of the fields emerge by June 1, and this year, we are still less than 50 per cent fields with 50 per cent emergence.”

“The problem is that we’re expecting another half inch to one-and-a-half inches of rain in different regions of Manitoba the week of June 13,” says Bisht. “I hope the seed treatments are working. But of course, there’s no fungicide that can prevent bacterial rotting of seed.”

Seed rot issues are likely to become an issue in the days to come for those fields on heavier soils.

Bryan Dion, an aerial applicator, based in Portage la Prairie, says, “We’ve gone from  extremely dry conditions last year to record-breaking rain this year. May 2022 was the second wettest on record.”

Late emergence of the Manitoba potato crop means that fungicide applications for late blight will likely be delayed until July.