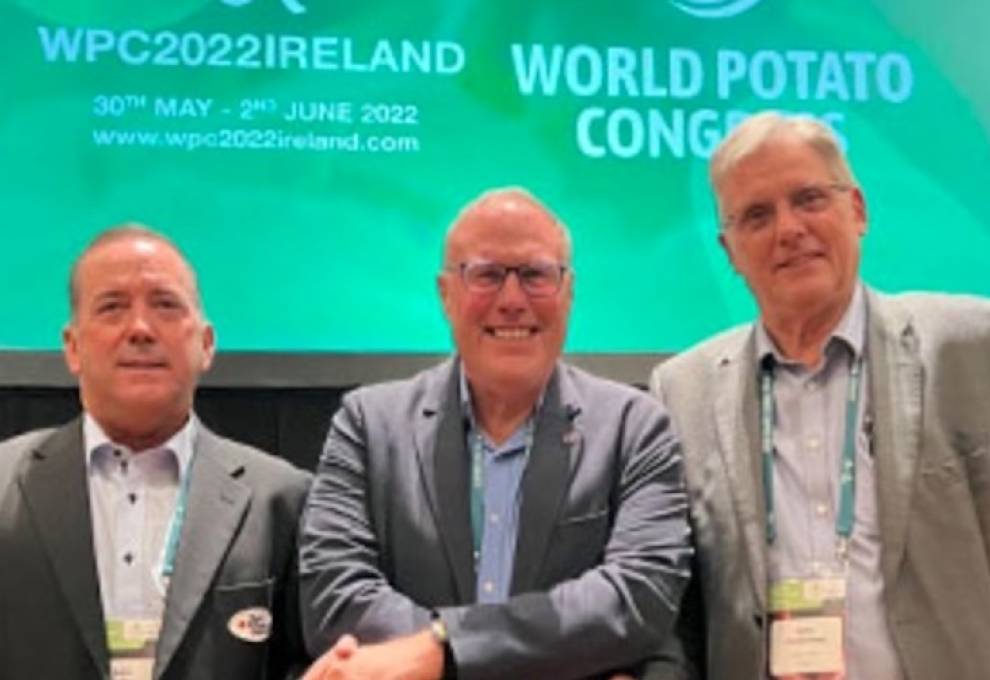 “John Griffin brings with him a vast knowledge of the potato industry as president of WP Griffin Inc., a family-owned grower, packer and shipper of potatoes,” said Cools. “WP Griffin Inc. packages many different types of potatoes in various sizes and most recently launched microwaveable mini potatoes with various spices.”

Another Canadian Peter VanderZaag is stepping into a leadership role as vice-president of the WPC Inc. He is president and a partner in Sunrise Potato, Alliston, Ontario, with his daughter Ruth and son-in-law Nick Ploeg. He also serves as visiting professor at the Yunnan Normal University in Kunming, China.  He has worked in more than 60 countries around the world with the International Potato Centre (CIP) where he has developed potato programs, improving crop management and potato production. His knowledge of the potato crop is recognized worldwide.

WPC Inc. is a non-profit organization established to bring together global potato industry leaders at triennial congresses with the objective of creating networking, increased trade and business development opportunities.

Submitted by Karen Davidson on 4 July 2022