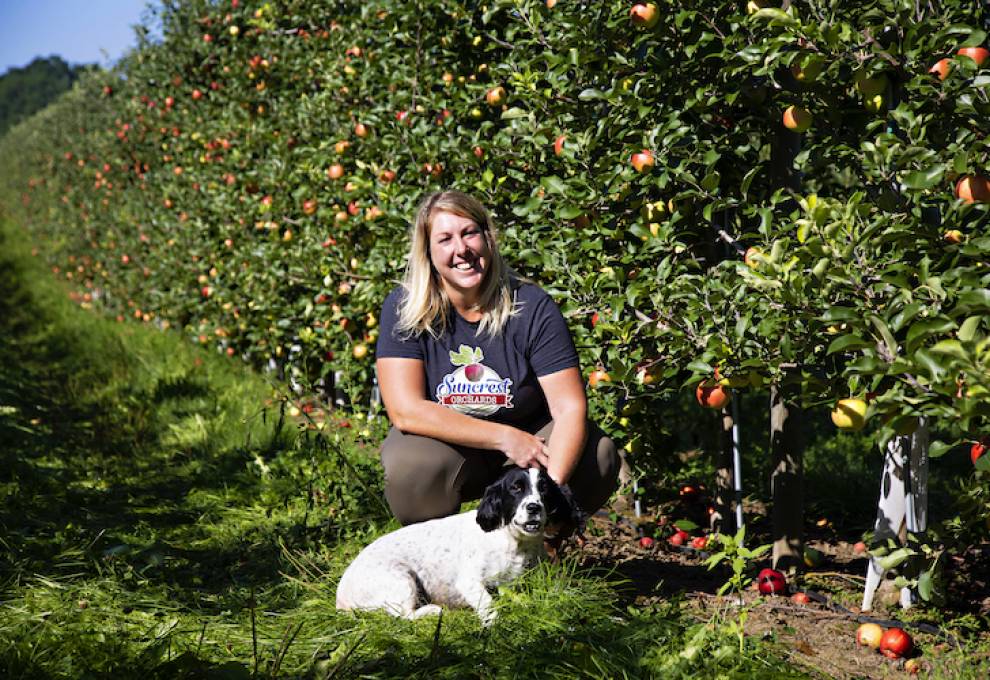 For its 10th anniversary, Farm & Food Care Ontario (FFCO) invited its platinum level members to nominate Agri-Food Champions who represent both excellence in their industry and are seen as great spokespeople on behalf of their organizations.

The Ontario Fruit and Vegetable Growers’ Association (OFVGA) nominated Amanda Dooney of Suncrest Orchards near Simcoe for this recognition.

Every sector needs these willing advocates, and for fruit and vegetable growers in Ontario, Amanda Dooney has become one of those people.

Last year, Amanda Dooney hosted FFCO for a photography and videography shoot on her farm and along with three of her seasonal workers, agreed to be interviewed for the newly created More than a Migrant Worker project. These inspiring stories have been viewed hundreds of times on YouTube and read by hundreds of thousands of people through social media ads and posts. More than a Migrant Worker is a public outreach initiative launched last year by OFVGA together with FFCO that tells the stories of seasonal farm workers in Ontario in their own words – and has just won two awards at the Canadian Agri-Food Marketing Awards in November 2022.

Amanda Dooney was also a panelist about the role of seasonal agricultural workers in Canada at the 2021 Royal Agricultural Winter Fair’s virtual Food & Nutrition Forum.

Most recently, Amanda opened her orchard to food influencers at an exquisite Caribbean-themed lunch among the apple trees with 15 of her seasonal workers. Both Amanda and her workers willingly answered questions about a wide range of topics. Feedback from participants was that this agricultural tour was the most meaningful they’d ever participated in.

Submitted by Karen Davidson on 19 November 2022