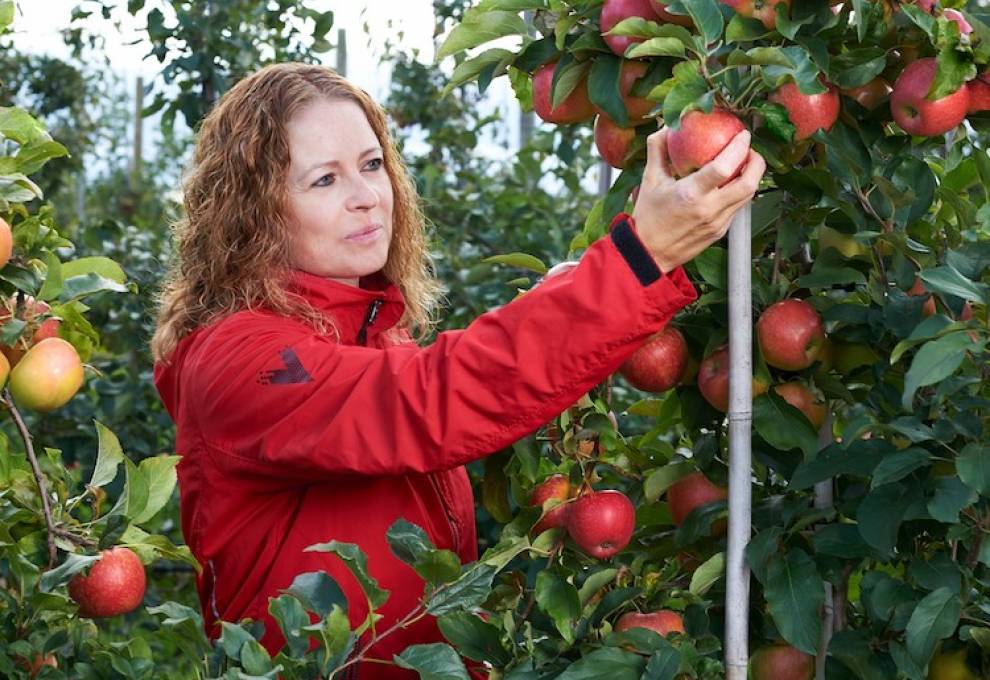 As you eat an apple, you may not realize how much effort and decades of development, it has taken to breed the one or two apples that horticultural experts believe the current and next generation of consumers will enjoy. Now, and at the end of this decade, one Niagara-based expert to remember is Rachael LeBlanc, a research scientist with Vineland Research and Innovation Centre.

Rachael joined Vineland in 2009 and now leads the apple-breeding program at Vineland. Working with external collaborators and Vineland’s diverse team, including consumer, genetics and production scientists, as well as Vineland’s farm team, Rachael is developing and filtering candidate apple varieties from an estimated 28,000 different apple varieties down to a couple of final selections over a 16-year period. A new variety is intended to be available in stores in 2028.

Rachael epitomizes the scientists at Vineland – professional, passionate, focused and determined. She leads the apple team to ensure that the focus is always the end consumer. As a mentor, coach and leader, Rachael ensures that team is well lead and managed, and also continuously challenged and developed, both personally and professionally. She also ensures her skills are maintained and refined, and is currently enrolled in the University of California, Davis Plant Breeding Academy.”

Submitted by Karen Davidson on 22 November 2022