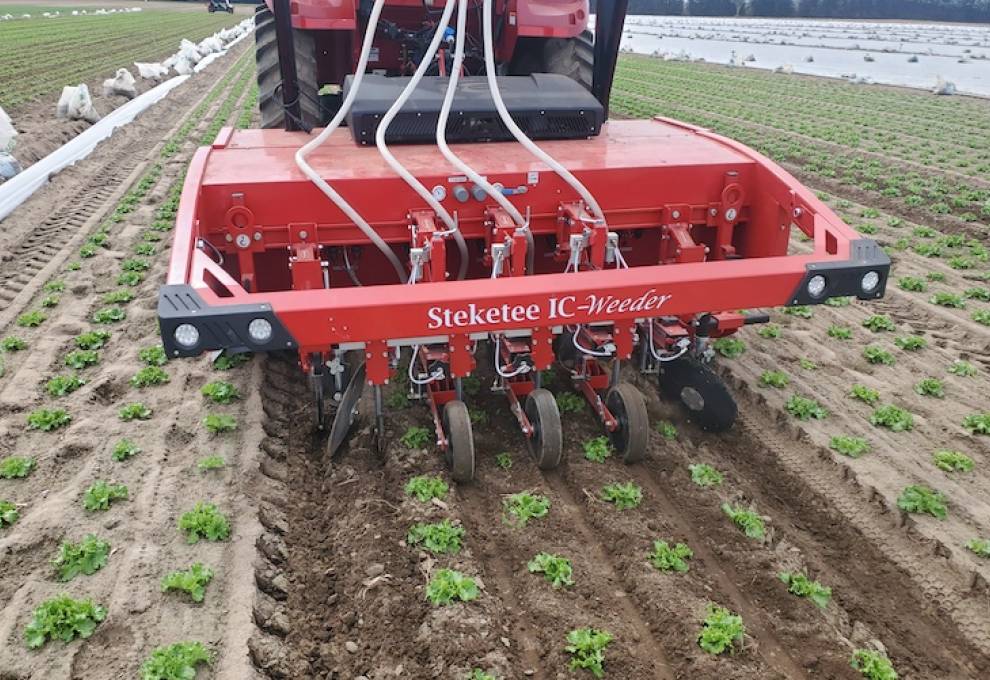 The Steketee Intelligent Weeder has been used by Henk Droogendyk, Harley, Ontario. 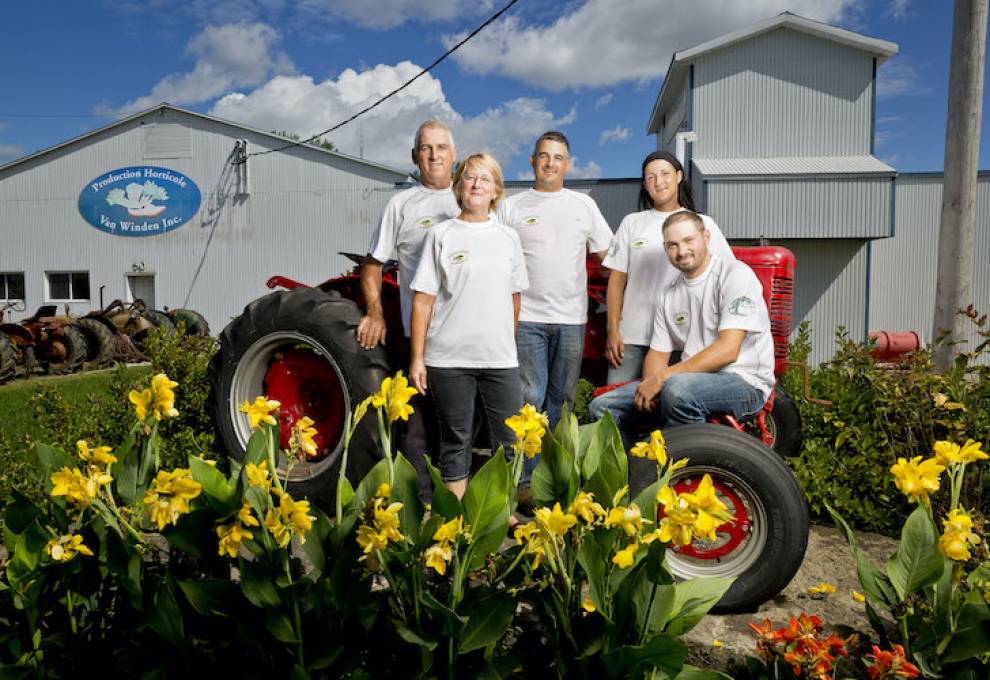 Marc Van Winden says his intelligent weeder could be smarter, but the reality is that the eight-row device has paid for itself after eight years of service in muck soils at Sherrington, Québec. That’s a thumbs-up for the machine first spotted at an Agritechnica show in Hanover, Germany and manufactured in Stad aan’t Haringvlient, the Netherlands.

Manufacturer Steketee is not a familiar name in Canada. Yet a few growers in both Québec and Ontario have adopted the European technology in order to stay in the highly competitive field vegetable market. At Production Horticole, Marc Van Winden is a member of the three-generation family farm that’s operated by Denys, Claire, Sylvie and Daniel. In total, they farm 405 acres including onions, carrots, garlic, kohlrabi and squash. More than half of the acreage – 250 -- is devoted to iceberg and romaine lettuce. All are grown under the Fresh Attitude label.

“We can enter the specifications for the blade and go into the field 10 days after transplanting and know that we can catch weeds before the lettuce gets any bigger,” says Van Winden. “The machine is good for 80 per cent of the job.”

On muck soils, the challenge is to keep up with weeds on large acreages at critically important times of the growing season. Van Winden says that he assigns a tractor driver and a follow-up worker to catch any misses.

“It’s not perfect, but paying for two people is better than paying for 12 to hand-weed,” he says.

Robotic weeders are also in trials at the Sherrington farm, but Van Winden estimates another five to six years will be needed to make the technology viable for large-scale farms. To date, he says the weeder moves too slowly to pick one weed.

The computer has a hard time distinguishing the green colours and shapes of lettuce leaves from weeds. He doesn’t see a solution for robotic weeding his 200 acres of onions and carrots.

“I have a lot of questions about how this will work in black soils,” he says, pointing to the need for large wheels to avoid compaction. “We need a light machine.”

Henk Droogendyk has reorganized his Droogendyk's Market Garden operations near Harley, Ontario to be more competitive in fulfilling orders for Bayshore Vegetable Shippers of Burlington and other customers. The 90 acres of lettuce and kale demand exceptional weed control to ensure uniformity of the crop throughout the growing season.

Difficulties in accessing seasonal labour in the last two years have sharpened his approach. He can’t depend on hand hoeing two weeks after the transplants are in the ground. In the spring of 2022, he purchased a $130,000 Steketee by Lemken Intelligent Concept weeder from Gj's Harvest Centre and attached a fertilizer hopper.

“I was in a tough spot down four people from the usual 28 hands,” says Droogendyk. “This machine’s camera system can be optimized to within a half-centimeter on either side of the plug. Accuracy of weeding has improved. This machine is better than the human eye.”

This new equipment is enhancing the quality of his lettuce which does not fare well with weed pressure.

Steketee provides this description of the technology on its website:

The Intelligent Concept (IC) weeder delivers automated hoeing at the highest level says Matt Amey, product specialist for Lemken Canada Inc. Its cameras are mounted underneath cover and reliably display the field of view, which is illuminated by LED lights, even in changing light conditions and at night. As a result, the IC-Weeder detects the precise position of plants based on their hue, size and position, and hoes precisely around them from both sides. A compressor provides the pneumatic pressure to move sickle-shaped knives actively intra-row (between the plants in one row). The inter-and intra-row tools are mounted on a parallelogram element to follow the contour of the ground easily. The support wheels guarantee the correct working depth of the knives, and via the side shift-frame the machine is steered precisely between the rows.

The IC-Weeder is essentially a moving photo studio that photographs every plant and identifies it and kills any that are not the crop. Camera-controlled weeding provides another benefit: control of weeds resistant to specific chemicals. Groundsel is one such example.

Steketee plans to open a state-of-the-art manufacturing facility by end of 2023 at a cost of $18M euros.

Submitted by Karen Davidson on 5 August 2022