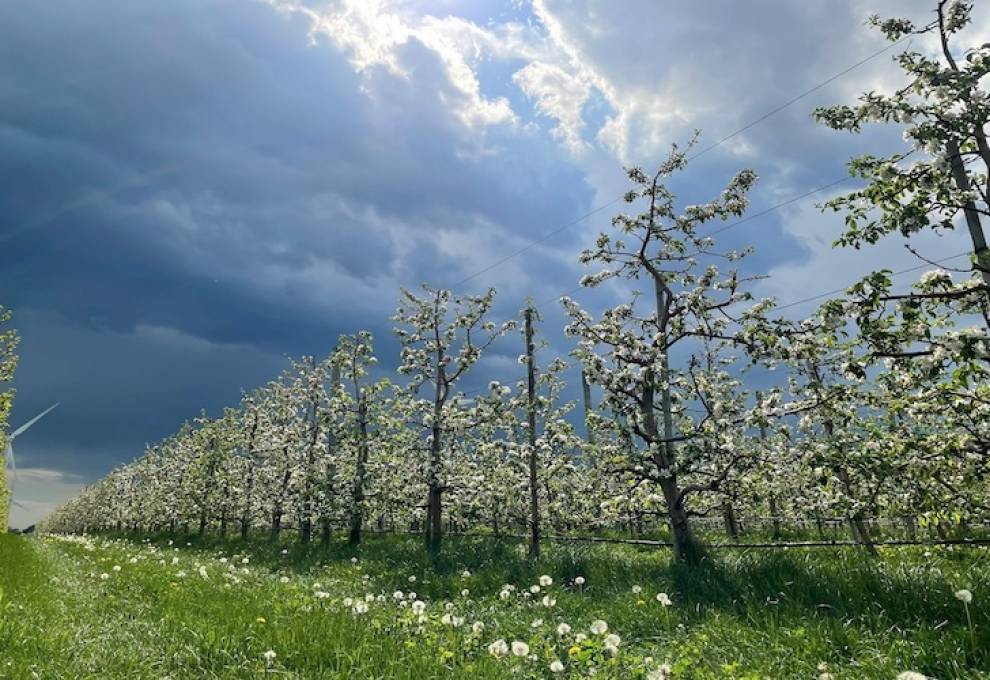 It’s estimated that a single acre of orchard fixes about 20 tons of CO2 from the atmosphere, releases 15 tons of oxygen and provides more than five billion BTUs of cooling power every year. Photo by Brian Rideout.
Jan_VanderHout
-
May 20, 2022

Canadians across the country – and indeed people around the world – directly feel the impacts of the changing climate when temperatures become hotter and weather extremes become more pronounced.

Growers are not exempt from these impacts. In fact, you could argue that we are on the frontlines of climate change since the weather directly affects our ability to grow crops, and we are among the first to deal directly with prolonged drought, extreme heat, dramatic temperature swings or excessive moisture.

We recognize that growers have a role to play in emissions reduction and climate change mitigation where possible. However, there is a real need to balance the global move to net-zero emissions with the realities of food production.

Agriculture is complex because although the sector is an emitter, there are also opportunities for mitigation and reduction through carbon recapture and carbon sequestration, for example, which should be recognized and considered when looking at long-term climate change solutions.

I’m a greenhouse cucumber grower and I know first-hand the many advances the greenhouse industry has made to become more efficient in how we use energy. We generate carbon dioxide because we use natural gas (methane) to heat our greenhouses; crops need a consistent, warm environment in which to thrive.

Plants need carbon dioxide (CO2) for photosynthesis, the process through which they use sunlight to make their own food. They react positively to higher levels of CO2 and negatively to lower levels, which can diminish to as low as 125 parts per million (ppm) in a closed greenhouse.  This means growers have to actually supplement their greenhouses with additional CO2 to ensure their plants reach the highest level of food production.  CO2 is drawn directly off the chimney and distributed through the greenhouse, actually using the CO2 from the building’s natural gas boilers, instead of that CO2 being released into the atmosphere.

That’s how efficient greenhouse vegetable growing has become – and growers are continuing to explore options for new ways to produce clean energy efficiently and in a cost-effective way. One such example is cogeneration units, which some farms are already using to produce their own clean electricity, heat and carbon dioxide.

Research has also shown, for example, that the environmental footprint of an apple orchard is both positive and negative. Yes, carbon dioxide is released to the atmosphere through the use of fuel, fertilizers and crop science tools in the actual growing of the apples.

However, it’s estimated that a single acre of orchard every year fixes about 20 tons of CO2 from the atmosphere, releases 15 tons of oxygen and provides more than five billion BTUs of cooling power. As well, the trees themselves sequester carbon in their trunks, branches and roots. Combined, this works out to a significant offset.

That’s why our sector believes strongly that governments need to recognize the significant efforts and investments growers have made in recent years to improve environmental performance, become more efficient, and reduce emissions where possible.

At the same time, our sector needs to do a better job of identifying the many positive things we are already doing to support government climate change targets and making sure all levels of government and Canadians know what we’re doing.

We also know that currently available technologies, although continually evolving, limit our ability to achieve target reductions in carbon output. Any meaningful action on climate change mitigation must include support for innovation as well as ensure that regulatory frameworks and public infrastructure support new technologies and approaches.  We cannot implement technology that does not exist.

This includes offering exemptions on some types of fuel and 80 per cent relief for greenhouse heating and returning some of the funds collected through the price of carbon back to farms. The Ontario Fruit and Vegetable Growers’ Association supports Bill C-234, An Act to amend the Greenhouse Gas Pollution Pricing Act, which would broaden the eligibility of fuel uses that receive carbon pricing relief.

Going forward, however, government needs to find ways to strengthen the funding programs available that support growers as they implement carbon output reduction or carbon sequestration technologies. And to be truly effective, those funding programs must be administered in a way that matches the speed at which businesses operate.

As a country we need to recognize that consumers also bear responsibility for the carbon generated in food production, processing, packaging, and transportation – and that covering the cost of net-zero carbon targets must be shared by everyone, not just borne by producers and processors.

As growers, we believe the best path forward is for government to partner and engage with stakeholders rather than take a prescriptive, top-down approach. Collaboration and partnership are a powerful way to enact meaningful change. 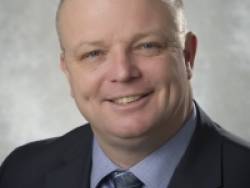