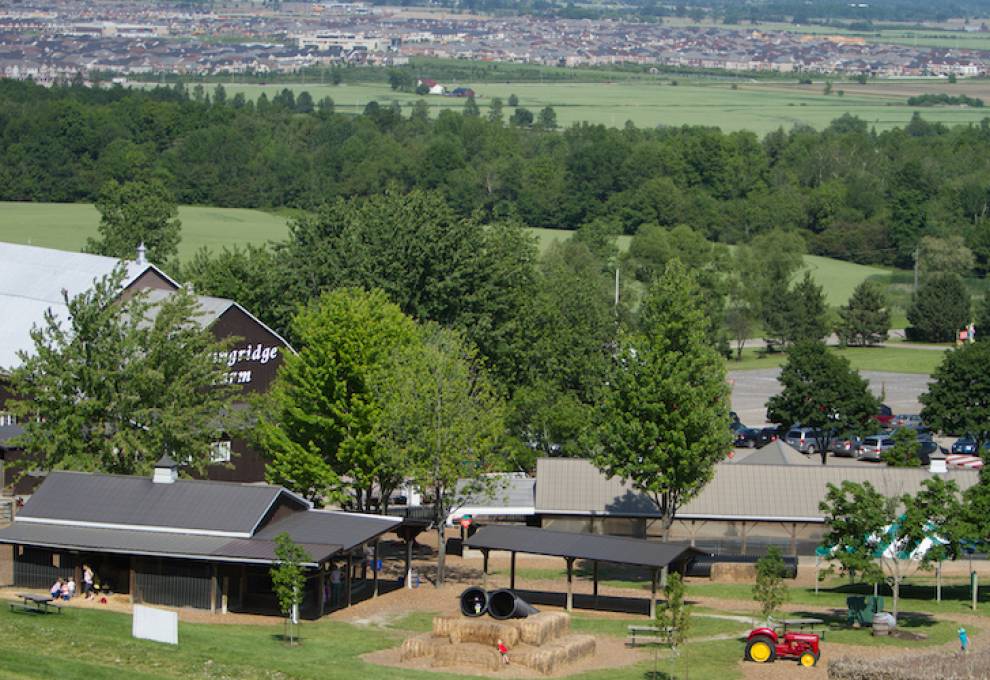 Ontario is losing 319 acres of farmland every day.

“To see a daily loss of 319 acres of farmland is a shocking jolt of reality that is simply not sustainable if we hope to have any kind of food sovereignty or independence in Ontario,” says Peggy Brekveld, president of the Ontario Federation of Agriculture. “While urban growth isn’t the only cause of farmland loss, it can’t be denied that development is putting intense pressure on Ontario farmland. Urban development is leap-frogging the Greenbelt and straining against urban-rural boundaries.”

Farmland is a finite, but diminishing resource, and the availability of prime agricultural land is fundamental to Ontario’s future. A country’s ability to feed its own population is an important pillar of a well-functioning and sustainable society.

While Ontario is geographically large, much of the northern reaches cannot be farmed because of the Canadian Shield and climate. In the south, cities and towns cover much of the landscape. All told, only about five per cent of the province’s land is suitable for growing food or raising livestock.

Losing 319 acres of this land daily is the equivalent of losing nine family farms each week.

“What will that look like in 10, 50 or 100 years if left unchecked?” asks Brekveld. “Once this farmland is gone, it’s gone forever. We are not saying don’t build. We get the province has to accommodate growth. What we are saying is to build in the right places through long-term strategic land-use planning.”

perhaps the only way to stop the ontario govt. from paving over or sprawling houses all over the best farmland is to organize a class action suit to stop it legally. It is a theft of our grandchildren's future. Clearly the majority of voters want roads more roads and more suburbs. It is too late for much of the best farm land but this destruction has to stop. It is very short sighted