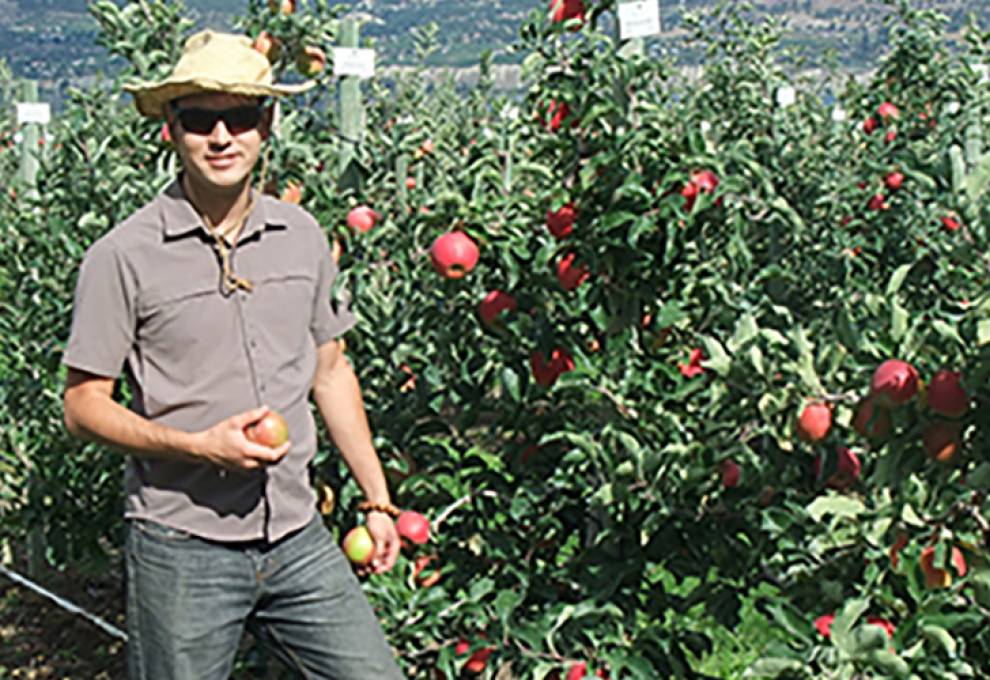 Of numerous rootstocks from all over the world, only a few are relevant to the Canadian tree fruit industry. That’s why Nick Ibuki, operations manager, Summerland Varieties Corporation (SVC) is so excited about Krymsk 5 and 6. These sweet cherry rootstocks are noted for good root structure and anchorage to take up nutrients. They are tolerant of drought and have an excellent establishment record.

“The current challenge in North America is getting access to rootstock,” says Ibuki.  High demand over the last five years has led to a shortage in availability. Rootstock producers only grow a set amount each year and it is challenging to bulk up further volumes in speculation of the future sales market. The switch to high-density plantings affect decisions on rootstock as well as varietals. Gisela, for example, is another sweet cherry rootstock that’s popular because growers want to develop the architecture of their trees to suit high-density plantings.

With 3,500 acres of sweet cherries in British Columbia, it’s an important sector to support with the best genetics possible. As Ibuki explains, some new rootstocks such as Krymsk 5 and 6 are hyper-sensitive to viruses and if infected, can die within a year. This means that the infected trees die before they can further spread the viruses through the orchard, thus leading to healthier orchards.

“The growing challenge of viruses such as Little Cherry Disease in Washington State is a prime example of the need to limit further virus infection in our orchards,” says Ibuki. “This virus has debilitated and caused the pulling out of several large orchards in Washington State already.

In apples, growers are looking for rootstock that’s fireblight resistant and cold hardy. As popular as the Cornell-bred, Geneva lines have become, the specific lines of G.41, G.214 and G.935 are not resistant to woolly apple aphid. Replant disease tolerance is also rising on the list of must-haves. That’s because the chemistries to fumigate soil are becoming less available and have much greater government accountability attached to them via Pest Management Regulatory Agency regulations.

The apple industries in British Columbia and Ontario have evolved differently with respect to high-density plantings. In British Columbia, 10 foot rows are common with 1.5 to 2 foot spacings whereas in Ontario, 12 foot rows are common with three-to four-foot spacings. Identifying the right dwarfing rootstock to suit either super spindle or tall spindle systems is crucial.

“It’s a challenge to find the right rootstock that will offer a balance between a good fruiting wall for the most yield and one that suits the soil,” says Ibuki. “Many of these apple rootstocks are available in limited quantities so order now for 2017.”

Submitted by Karen Davidson on 10 November 2015